Well, not exactly. But Individual Athletes competing at the 2022 CrossFit Games in Madison Wisconsin did get tasked with completing 25 double unders with a crossover in the Skill Speed Medley event.

What is a double under with a crossover you may ask?

Simply put, it’s a standard double under where the rope passes under the feet twice on each jump with the caveat that on one of the rotations the athlete crosses their arms in front of their body flipping the rope over like a pancake before passing beneath the feet. Then the hands return back to the normal “open” position before the start of the next rep. 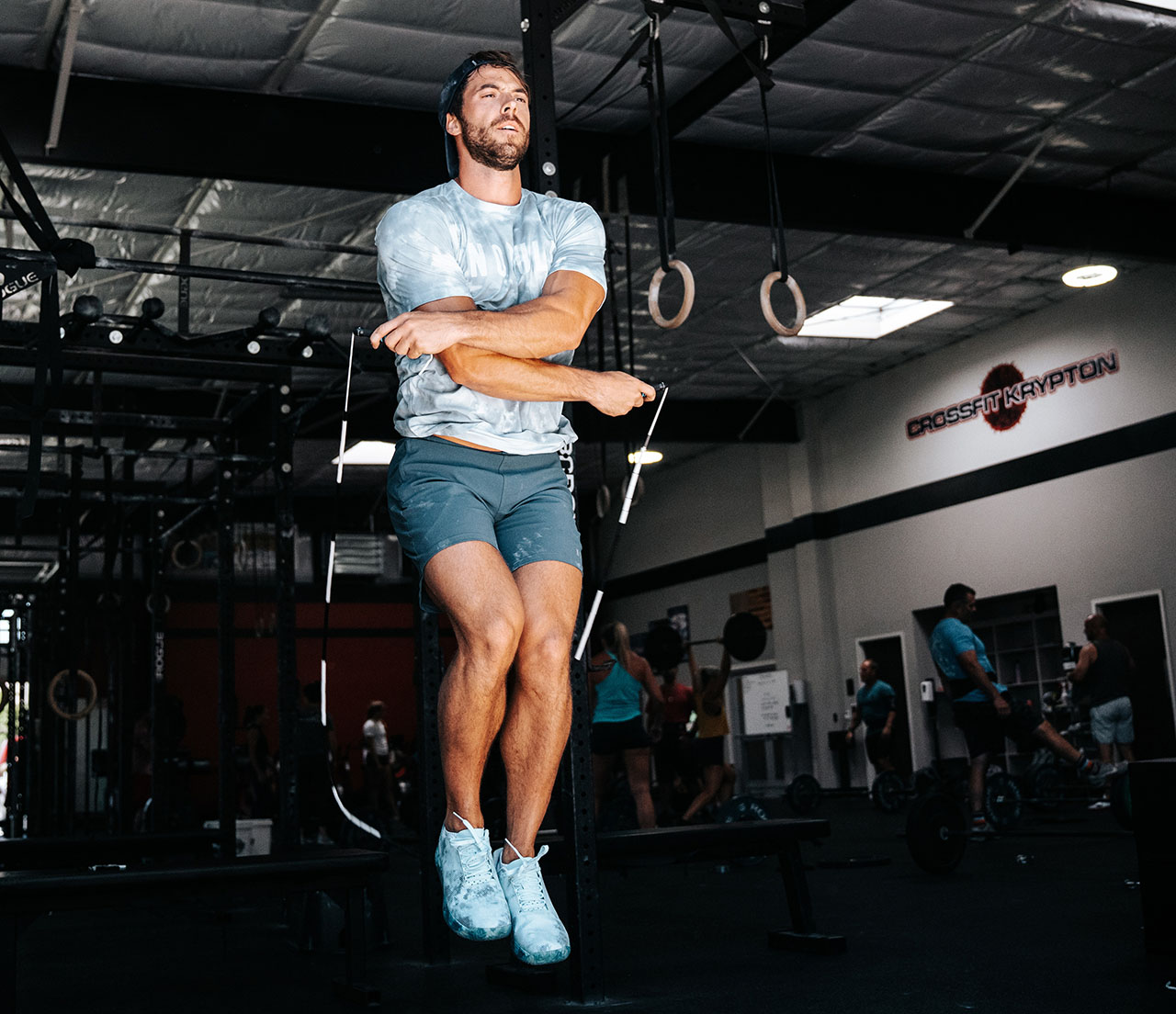 It was quite surprising to see so much controversy over this movement showing up in the Games. I read comments from fans saying it’s a circus trick or a kid’s playground skill. Or they were complaining that they didn’t want to see their heroes standing there like a deer in headlights without a clue. All I have to say to those critics is “Go Try Them”! They are much more difficult and fatiguing than straight double unders and more taxing on the central nervous system, but they are also very learnable. It makes perfect sense to me as it’s literally the next harder progression from a standard double under. There are many more complex variations of single unders and double unders that CrossFitters have simply overlooked but are extremely useful to learn. I’m sure a lot of people just expected triple unders to show up before any other jump rope skill. But kudos to CrossFit HQ for keeping things Unknown and Unknowable for the fans as well.

Double unders with a cross are actually an old school jump rope exercise used by boxers for decades. They go by many names besides double under with a cross such as crossover doubles, crossing doubles or just plain cross doubles. And there are a few variations to master. There’s the Cross-Open double in which the first rotation is crossed, and the second rotation is open. There’s the Open-Cross double where the first rotation is open, and the second rotation is crossed. Lastly there’s the Cross-Cross double where both rotations are crossed. We saw each of these variations on display during the Skill Speed Medley event which lead to some judging miscues as they look optically different from one another. This led some judges to hand out no-reps in error as they didn’t know what to look for. It may come down to user preference, but the common belief is that the Open-Cross Double is easier to perform as you’re higher in the air on the 2nd rotation when there’s more margin for error. 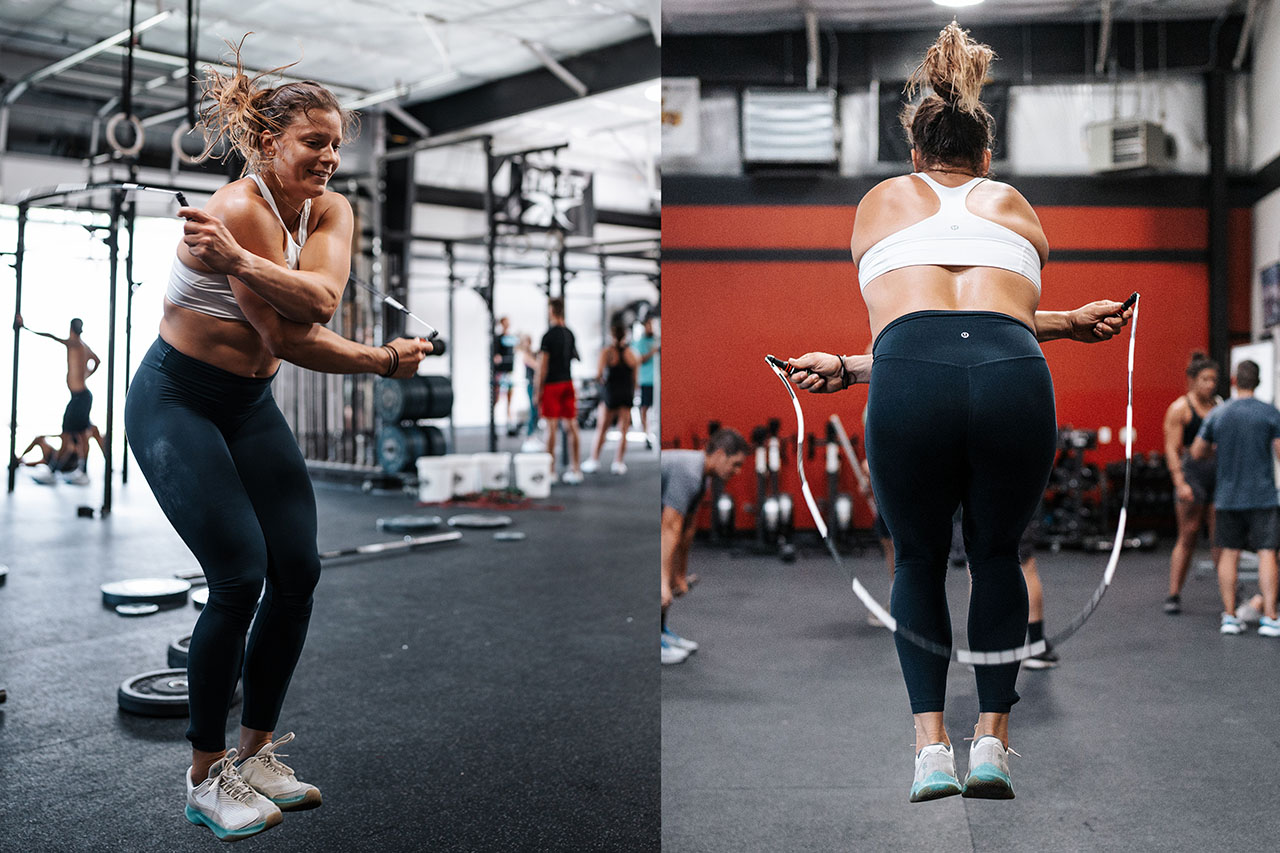 We have been a vocal proponent to include Crossover Doubles in the Games for quite some time. As the Official Jump Rope Partner of USA Boxing since 2015 we have been very familiar with the complexity as well as the benefits of training Crossover elements with a jump rope. I cornered Adrian Bozman, Director of the CrossFit Games at a Semifinal event in mid-May and gave him my pitch. After expressing my opinions about the crossover double being the natural progression from standard double unders and that it would be easier to judge than triple unders, I added that it’s a much more visually pleasing element to watch than a triple under as well. Boz politely agreed and said I made very valid points to consider. And that was it. Needless to say, I was astonished to see them show up in the 2022 Games. I usually anticipate CrossFit HQ to test a new movement in a CrossFit.com workout a few times over the year. Then hoped it might show up as early as the 2023 Games. So of course, I had to follow up with Boz and ask if I gave him the idea to use Crossover Doubles or was he already planning to. He responded that he was already experimenting and diagramming the Skill Speed Medley workout using Crossover Doubles but that our encounter at the Semifinal event was serendipitous and gave him the confidence he needed that it was the right time to include them in the workout. I take absolutely no credit with regard to that skill showing up in the Games but I’m happy to hear that Boz valued my input and passion for evolving the movement. Afterall, we did influence Dave Castro, former Director of the CrossFit Games to put heavy ropes in the 2016 Games as well as the infamous Drag Rope in the 2020 CrossFit Games.

While the CrossFit Games Athletes may have been caught off guard and didn’t have Crossover Doubles in their tool bag it was really neat to see athletes like Nick Matthews, Danielle Brandon and Gui Malheiros figure things out on the fly. They learned to adapt their movement and posture to get the job done. I admit it was painful to watch some athletes falter on the floor and struggle with every rep. However, I can honestly say one of the loudest cheers I have ever heard at the Coliseum was when Nick Matthews and Gui Malheiros started repping them out and advancing in the workout. It was like the entire Coliseum audience was watching their baby take its first step. We were witnessing their break-through with them. I can also assure you if Double Unders with a Cross comes up again next year every single Games Athlete will be able to rattle them off with ease and it will be a visual odyssey never before seen at the CrossFit Games. The Games barely ended a week ago and I’m already excited for next year!